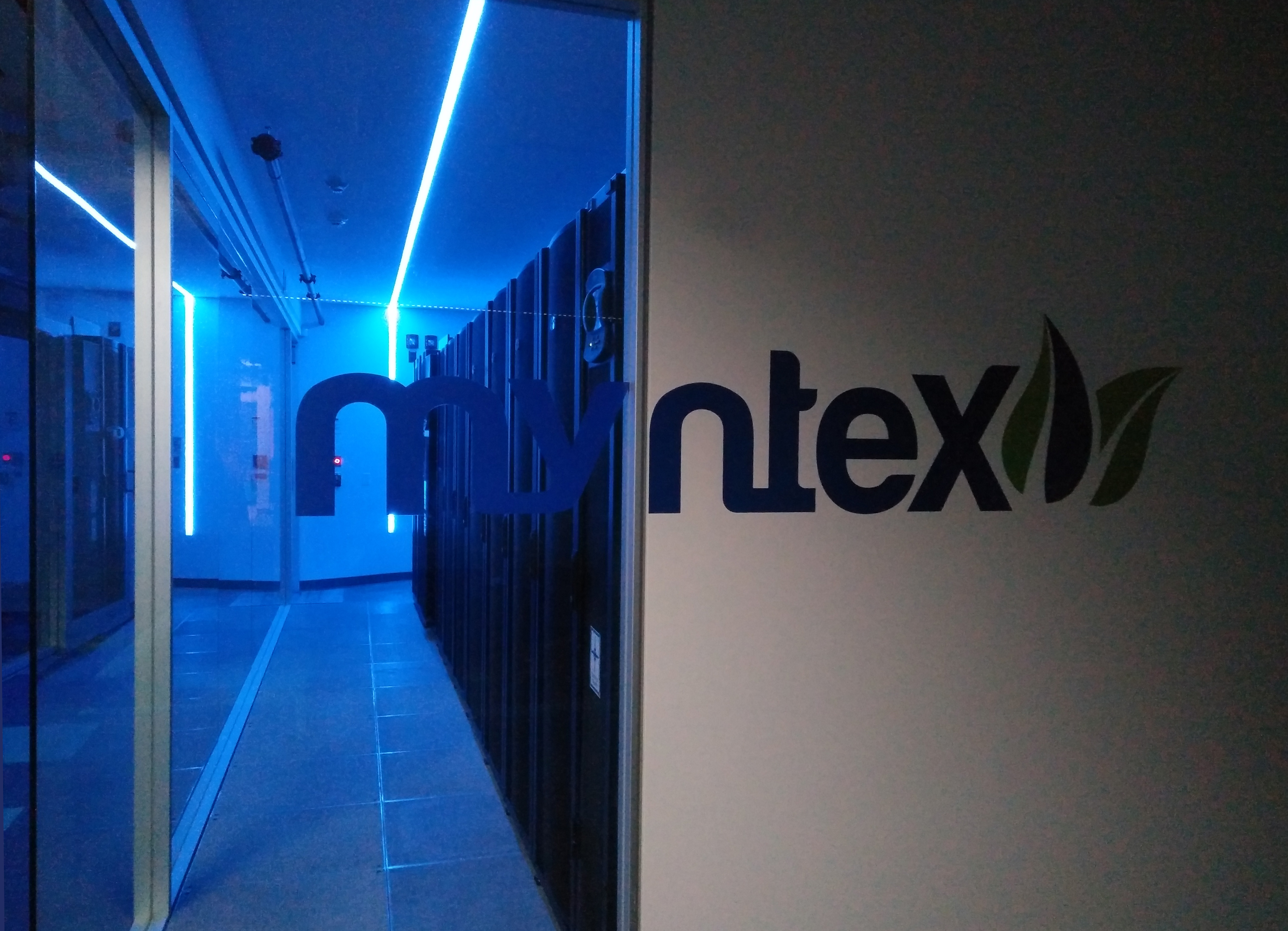 Unlike many encrypted email providers, Myntex houses their servers onsite at our Canadian headquarters. We’d like to explain why having our data centre on the premises is significant, and how this influences how users ultimately choose between encryption providers.

We have total control over our servers

Because our data centre is located in our headquarters, we have total control over it. In the event of an issue arising, we can be onsite immediately to troubleshoot the problem. We keep the servers running smoothly, installing critical updates ourselves, controlling the heating, cooling and humidity, and ensuring we have disaster recovery plans in place.

DDOS attacks are a massive problem for communication companies. Competitors, activists and hackers launch DDOS attacks to disrupt users’ service and sometimes even to test exploitable networks. Running your own data centre means you can use multiple methods of DDOS protection with flexible mitigation options.

Our office is located in Canada, so we benefit from laws that protect the digital privacy rights of citizens. Canadian laws aren’t as invasive as those in other countries. If law enforcement wanted to gain access to our servers, they would need a warrant.

Of course, even if Canadian authorities did gain a warrant, they wouldn’t be able to access any emails because they are deleted every 24 hours and without access to the PGP keys, decryption is impossible (more on that later).

No security in unstable countries

Unauthorized access to data centres is a real threat in less stable countries. Unfortunately, many encryption providers choose to house their servers in countries different than their headquarters. They may not own their own data centre, as this is a significant investment, so they co-locate in someone else’s data centre. This is incredibly risky for several reasons.

Unstable countries often have unstable governments, who are more likely to bribe a data centre employee for access to their servers. Your data may feel safe until it’s not. As well, there’s no one onsite from the PGP encryption provider to keep tabs on equipment failure, tampering or theft.

It’s important to note that all data that comes through Myntex’s servers is encrypted. The encrypted email service is also subject to an automatic delete policy, which means emails are wiped every 24 hours. No one’s data sits needlessly on our servers.

Have more questions about our Canadian data centre? We’re happy to chat. Get in touch.