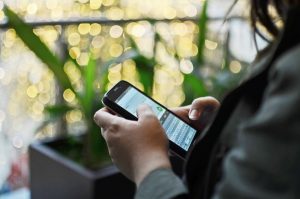 A recent court ruling demonstrates the perpetual tension between law enforcement and privacy rights for citizens. Whatever the formal laws on the books, or peoples’ expectations for the right to privacy, citizens cannot necessarily trust that data related to their private communications won’t be collected.

Early last month, a federal appeals court ruled that the National Security Agency’s (NSA) surveillance program that collected data on Americans’ telephone calls was illegal. Former NSA employee Edward Snowden famously blew the whistle on this program in 2013, believing it was wrong for telecommunication companies to share customer data with the government without disclosing that this was being done to the public.

While the government never ascertained the phone calls’ contents, this secretly-shared data told them which phone numbers people dialed, and the duration of these phone conversations. Known as “metadata,” this information may seem vague or innocuous if seen in isolation.

But stitching together all the pieces of metadata the government had on a person put together a much more complete picture. For example, it might not seem like such a big deal if you just look at one phone record. But if you examine all of them, you can see patterns over time that indicate how they spend their days, months, years. It shines a light on other people’s daily schedules and habits who interact with that person, and neither know they’re being tracked.

The government’s surveillance program was officially ended in 2015, after being deemed illegal and possibly unconstitutional. This most recent court ruling determined that when the government prosecutes someone, it must get a court order before surveilling them and notify them of the secret surveillance that provided the data which yielded the evidence.

However, the law only compels the government to reveal how they obtained their intelligence — it does not prevent them from getting this intelligence. While this is a welcome legal decision, the fact is the American government spied on potentially millions of its citizens for years before anybody even knew it was happening, never mind sought to end the practice.

What started under the secretive Foreign Intelligence Surveillance Court after passing the Patriot Act in the wake of 9/11 to protect citizens ended up being used for different purposes altogether.

To understand the tension between privacy and law enforcement, you can’t just look at one case at a time. Instead, it’s a constant game of whack-a-mole: when the government has one door closed by a court ruling, they try to open up another legal front to obtain the right to spy on their citizens.

To be sure, sometimes the government and law enforcement genuinely need to crack down on heinous crimes and protect national security. However, there’s a danger that politicians use such a pretext merely as a reason to skirt privacy protections.

Businesses Can’t Rely on the Government to Stop Spying

In the years since the NSA was found to be spying on people, the US government has since enacted other legislation that reduces Americans’ privacy rights. In 2017, Donald Trump reversed an Obama-era law that required internet providers to obtain permission before sharing their personal data and even web-browsing history.

It was naïve to believe that shutting down the NSA’s secretive program in 2015 would result in a new era of transparency. Nor is the American government alone in spying on their citizens. The world of business is global, and governments worldwide vary in terms of their respect for privacy.

Whether it’s phone data, browser history, or more, it’s safe to assume that governments around the world are attempting to obtain private information on people without them knowing. Here are some quick tips to guard your privacy online that will help keep you safe in the meantime, but a comprehensive response is required. 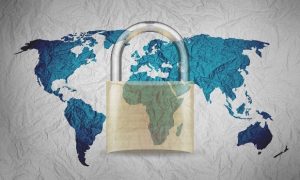 The Connections Between Governments and Businesses

Some regions have strong links between the government and the leading businesses of that country, especially in the telecommunications industry. Businesses need to be wary of corporate rivals, but those rivals may have the state’s apparatus to help them spy, which only makes them more powerful.

Huawei is China’s controversial tech giant, and US intelligence says the world’s largest smartphone provider may spy on users on behalf of the Chinese government. The prospect of industry and governments combining their power to spy on people should make business leaders want secure their communications as quickly as possible.

Certain industries rely on encrypted mobile security services from Myntex because they can’t afford to just sit back and hope that the government will not pry into their confidential communications. There are a multitude of different reasons why safeguarding this information is essential.

A hack can open companies up to multi-million-dollar lawsuits and shatter reputations that took years or even decades of fine business practices and branding campaigns to build. Information breaches can also cause devastating operational problems that are hard for companies to overcome.

As many as three of every four oil and natural gas companies have suffered a hack in recent years. Such breaches can result in the destruction of field data or loss to other vital proprietary information obtained at significant cost.

In many cases, commercial and retail businesses need robust security so their customers never face a breach in the first place. How can a company expect their customers to remain loyal after suffering a high-profile hack?

The public has never cared more about their privacy, and businesses are right to worry that one hack could be all it takes to lose a customer’s business forever. Our encryption services will grant you peace of mind, so business leaders can focus on growing revenue.

Feel free to contact us to learn more and see what products we offer to ensure you and your clients and customers all have their online data protected. Many governments worldwide have undermined privacy rights, and the courts often get the wrong balance between security and privacy. In this climate, the safest thing to do is get enterprise-grade encryption that protects your business, no matter who is in power or how the courts rule.